Vampire: The Masquerade – Shadows of New York is a visual novel set in the rich universe of Vampire: The Masquerade. It acts as a stand-alone expansion and a companion piece to our previous title, Coteries of New York. While Coteries was a general introduction to the world depicted in the 5th Edition of the hit tabletop role-playing game, Shadows presents a more personal and unique tale.

When New York’s Anarch leader meets a gruesome end, out of all the bloodsuckers in the metropolis, you’re the one picked to investigate. Make no mistake: this is obviously a trap, yet another move in the horrible game of Jyhad, the eternal struggle for power between warring vampire generations. But you’re Lasombra, and if there’s one thing you know, it’s this: if the Ventrue Prince and her followers underestimate you, they’re going to deeply regret it. Beside the main storyline, players are able to take part in additional missions that allow them to learn a lot about the lore. All that makes Vampire: The Masquerade – Shadows of New York a perfect title for both Vampire: The Masquerade veterans, as well as fans of mature narrative-driven games in general. 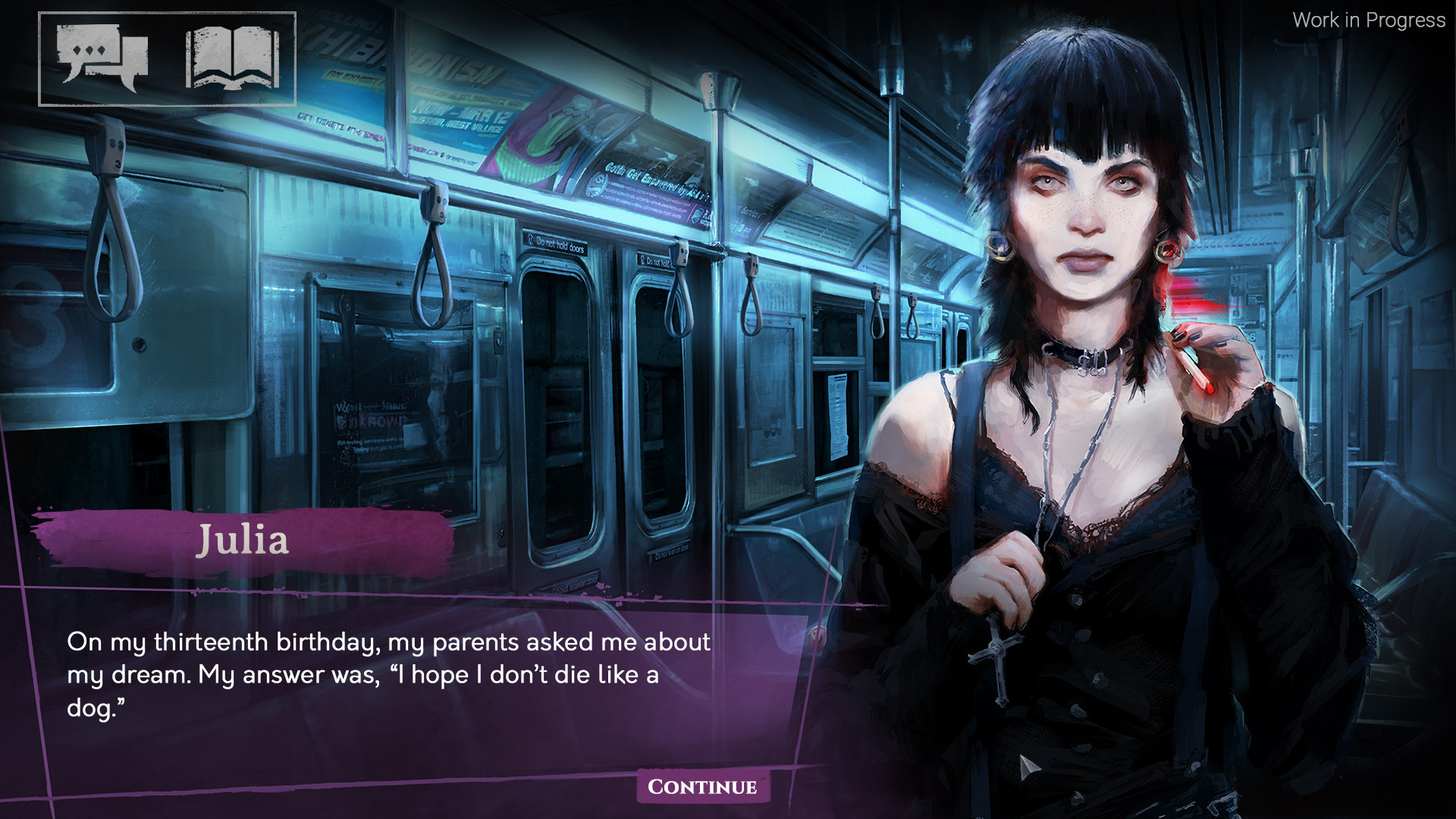 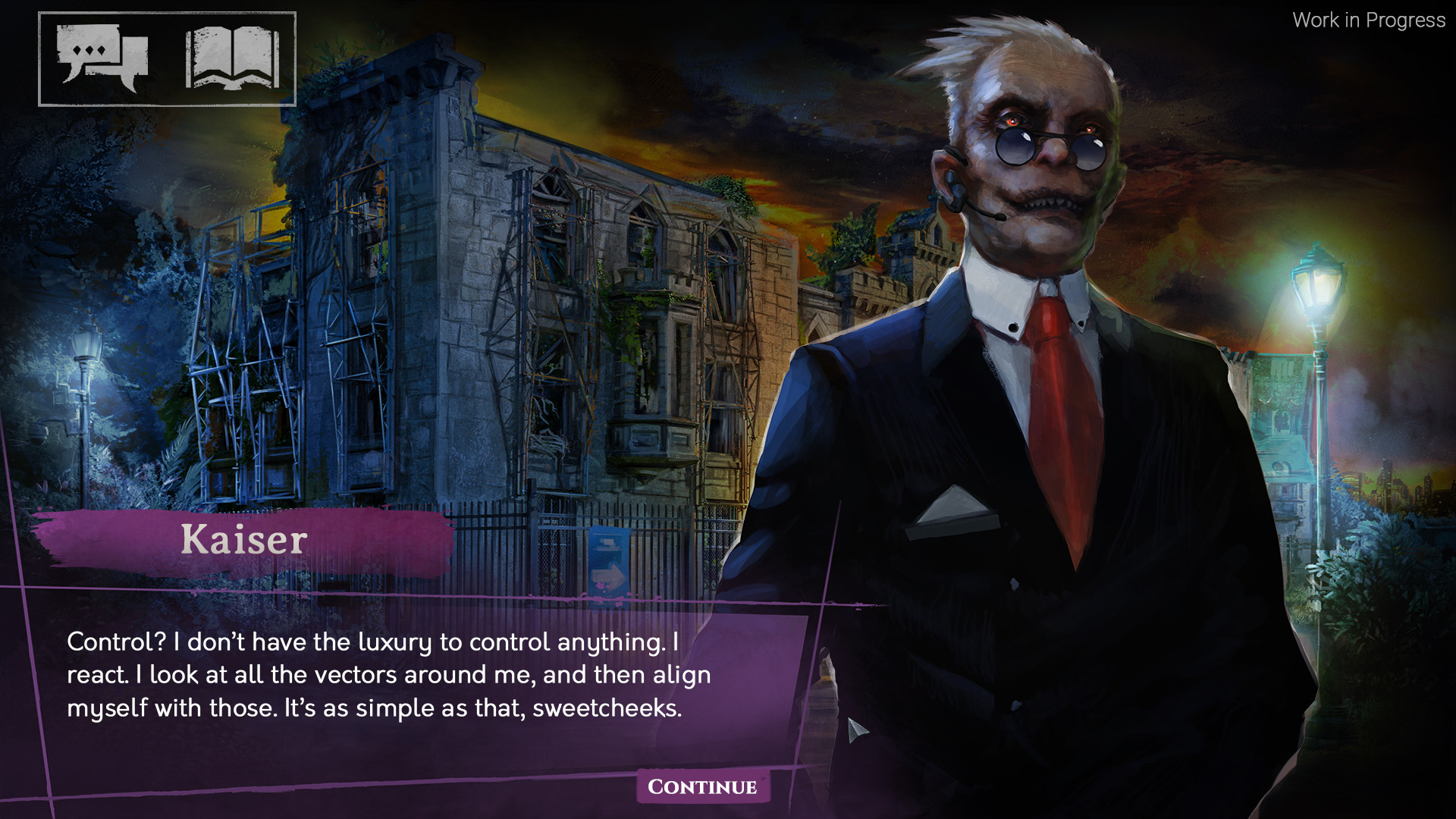 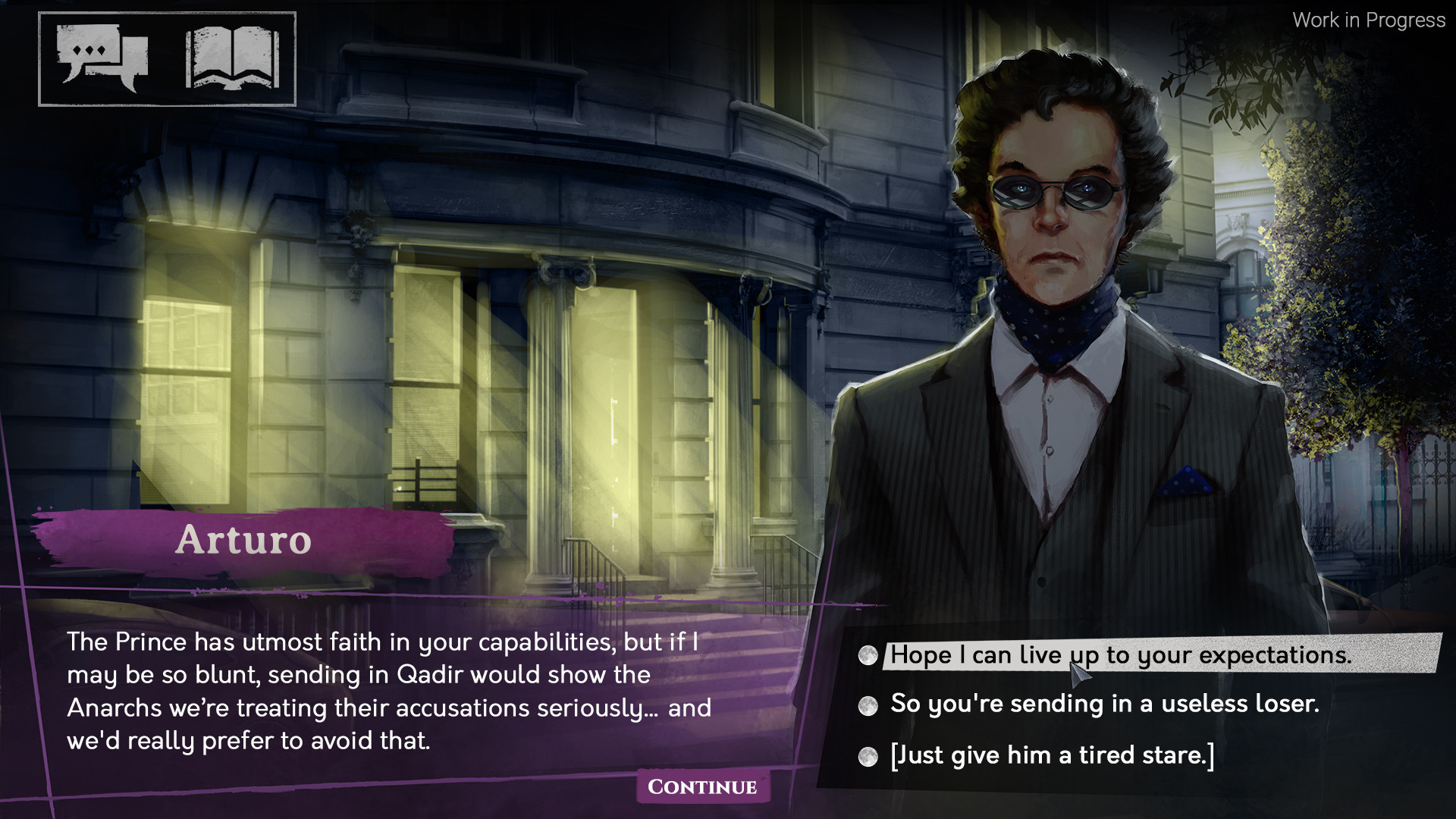 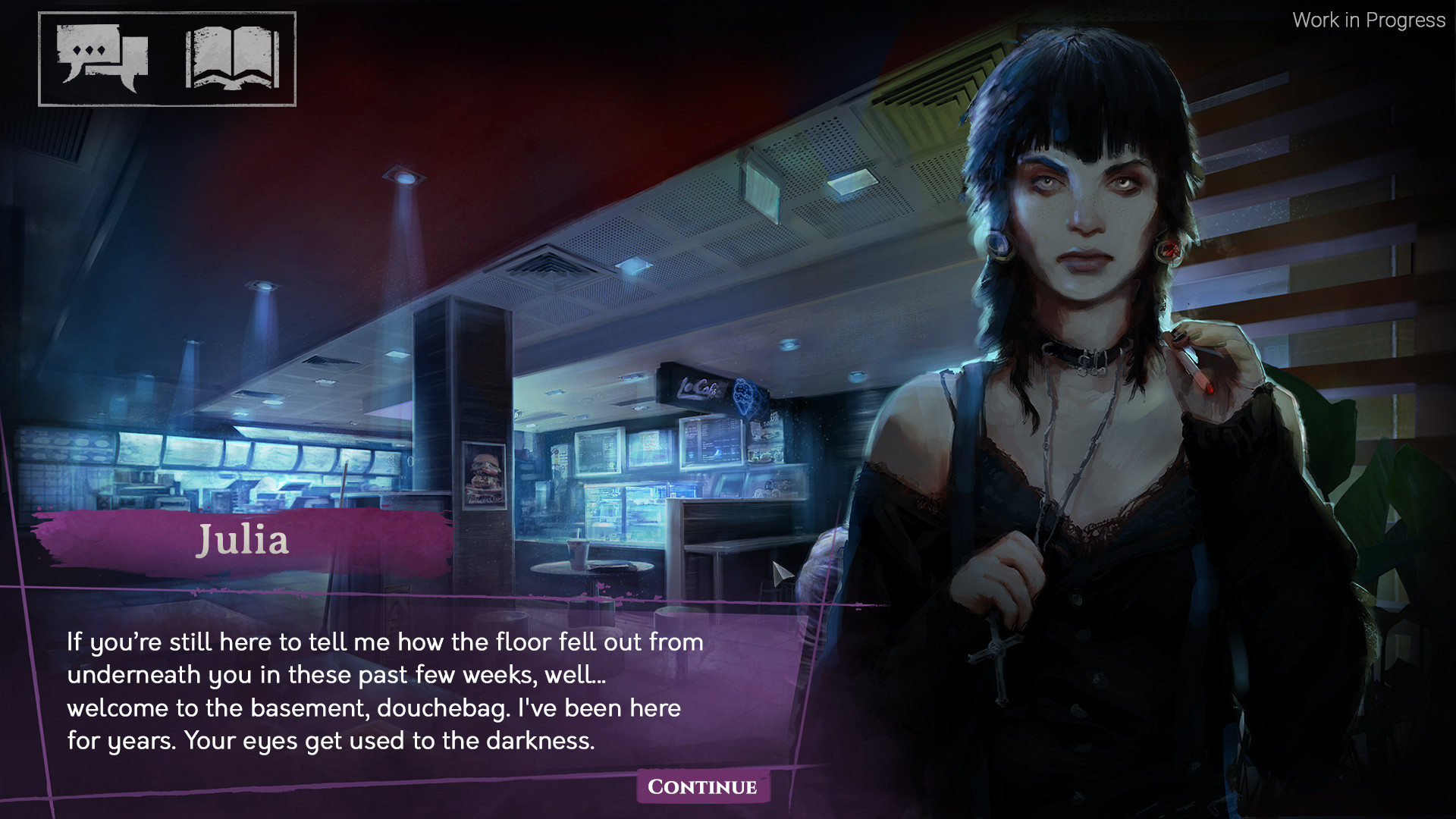 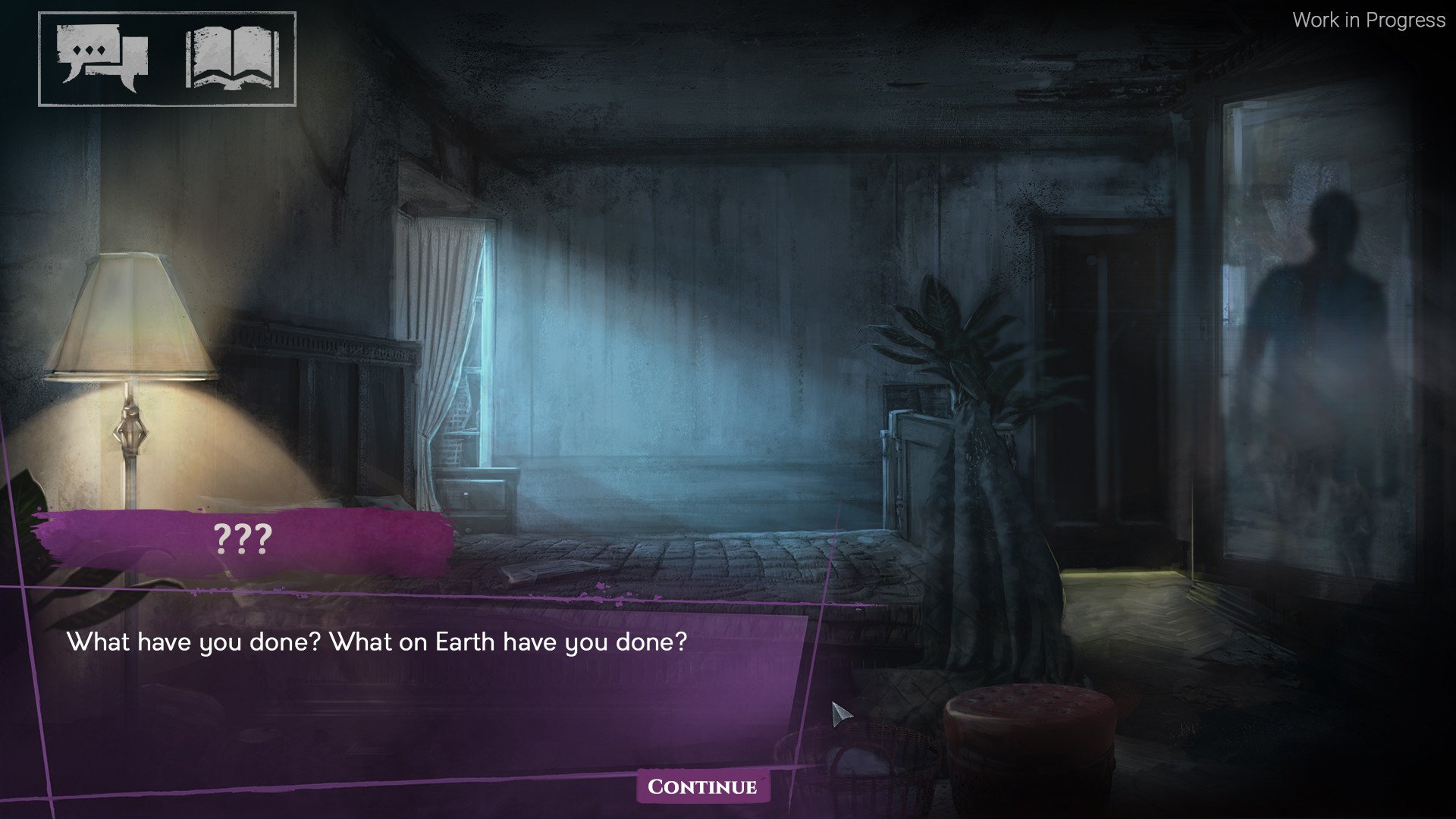