MEET THE CLEANERS!
Serial Cleaners is a single-player stealth action crime story in which you alternate between playing four eccentric mob cleaners taking on the bloodiest jobs the carefree 1990s had to offer. If you remember the nineties differently, their dirty work is the reason why.

The company has been founded in 2009 as iFun4all. On April 9, 2019, we announced launching a new brand - Draw Distance, which in time will become the new name of our company. Draw Distance symbolizes a new philosophy behind the company's activities and aspirations - we aim to become a renowned developer of true indie gems, visually breathtaking multiplatform titles with rich story and engaging gameplay. Currently we're working on several games, including fully licensed Vampire: The Masquerade – Shadows of New York, a stand-alone DLC for our Vampire: The Masquerade – Coteries, Serial Cleaners, a sequel to an indie hit Serial Cleaner, as well as other, unannounced projects. 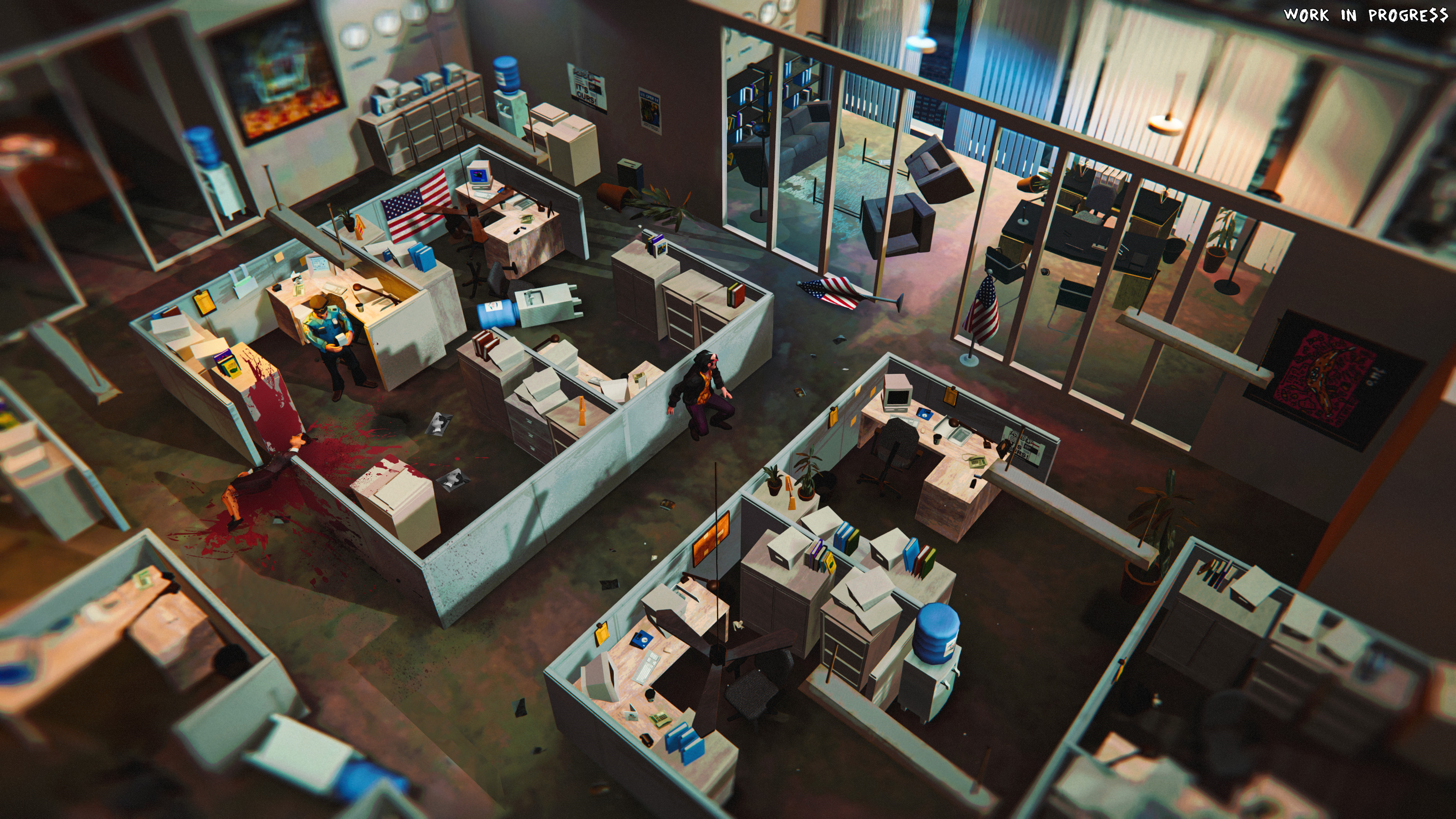 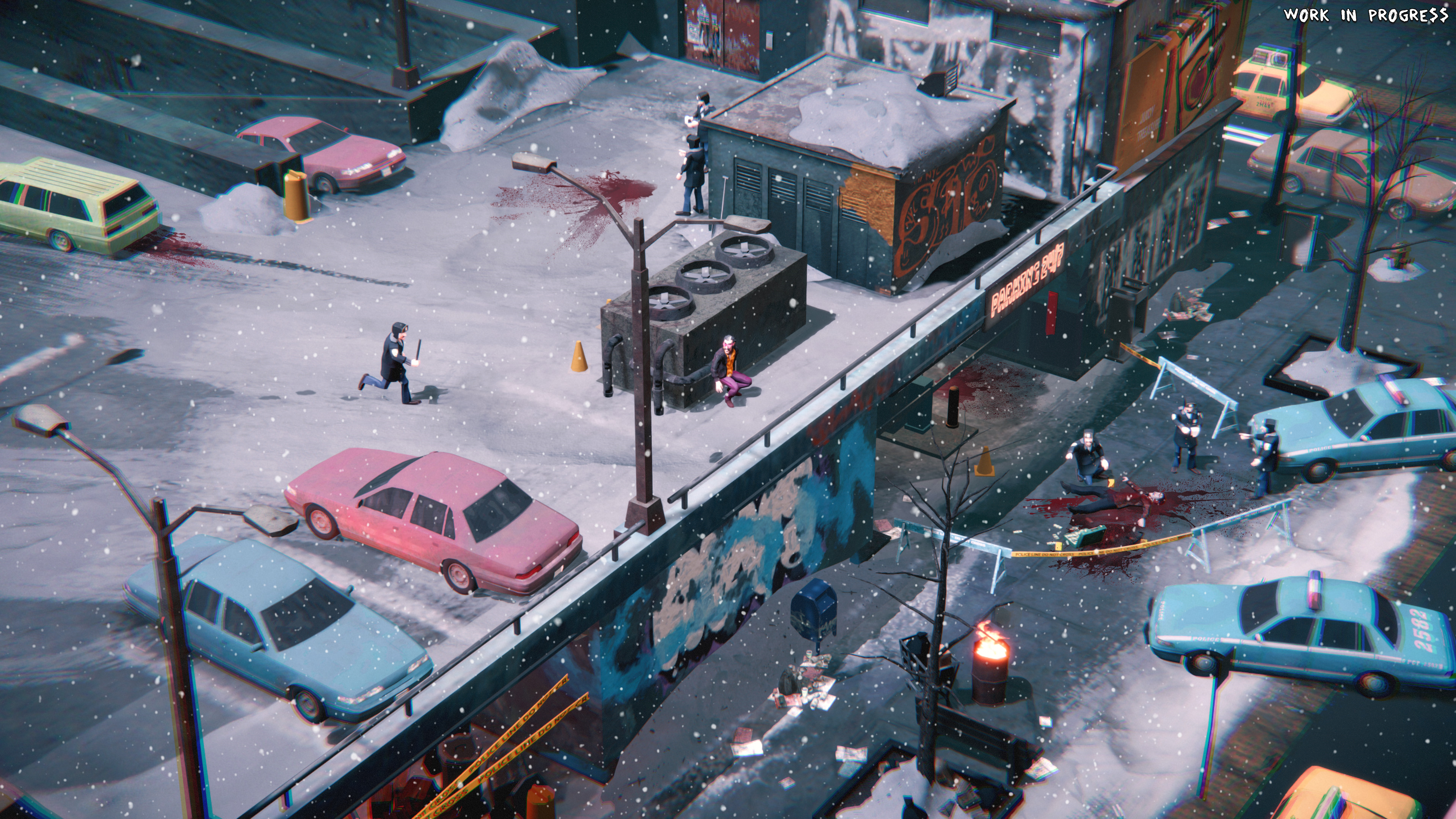 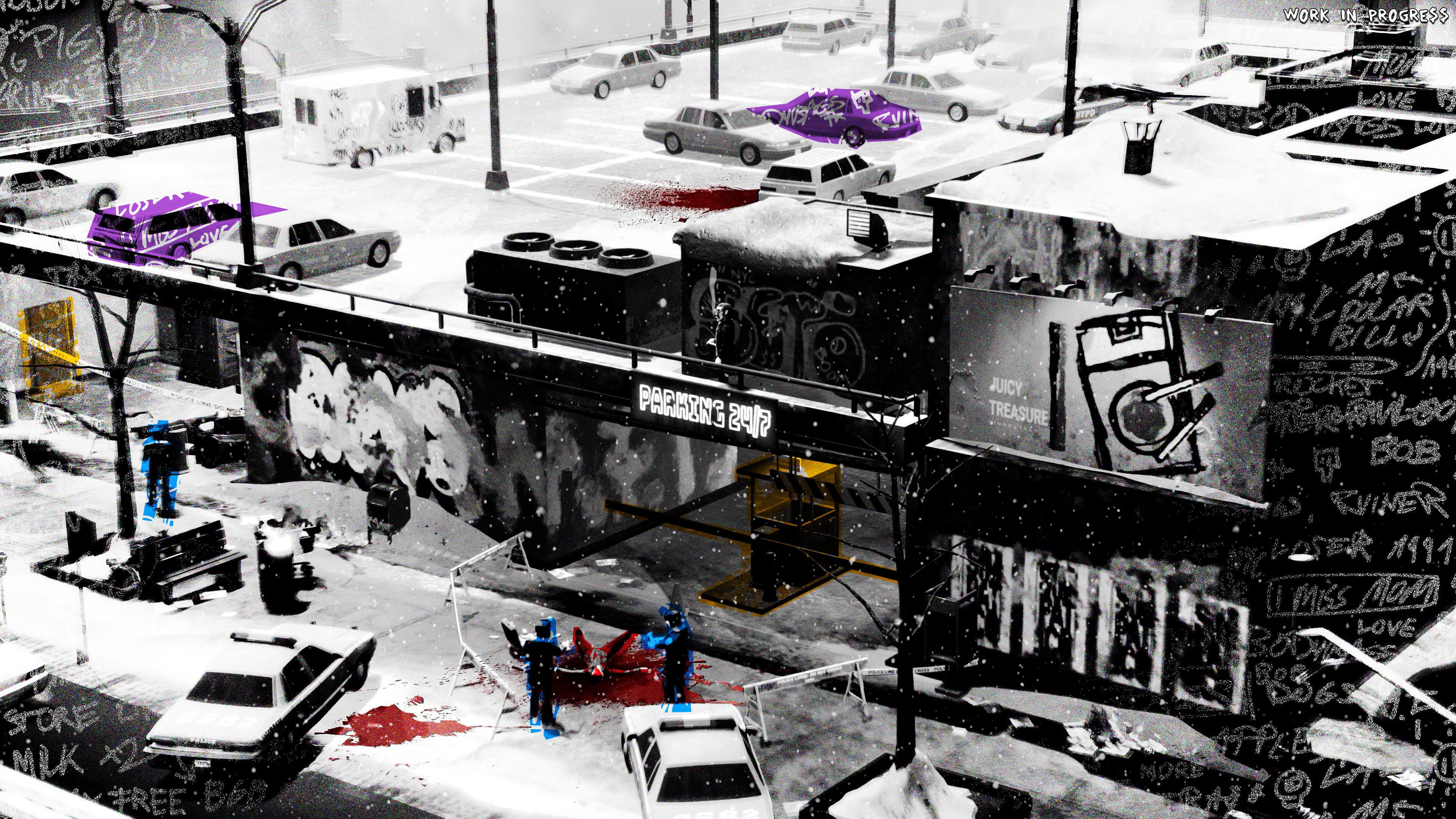 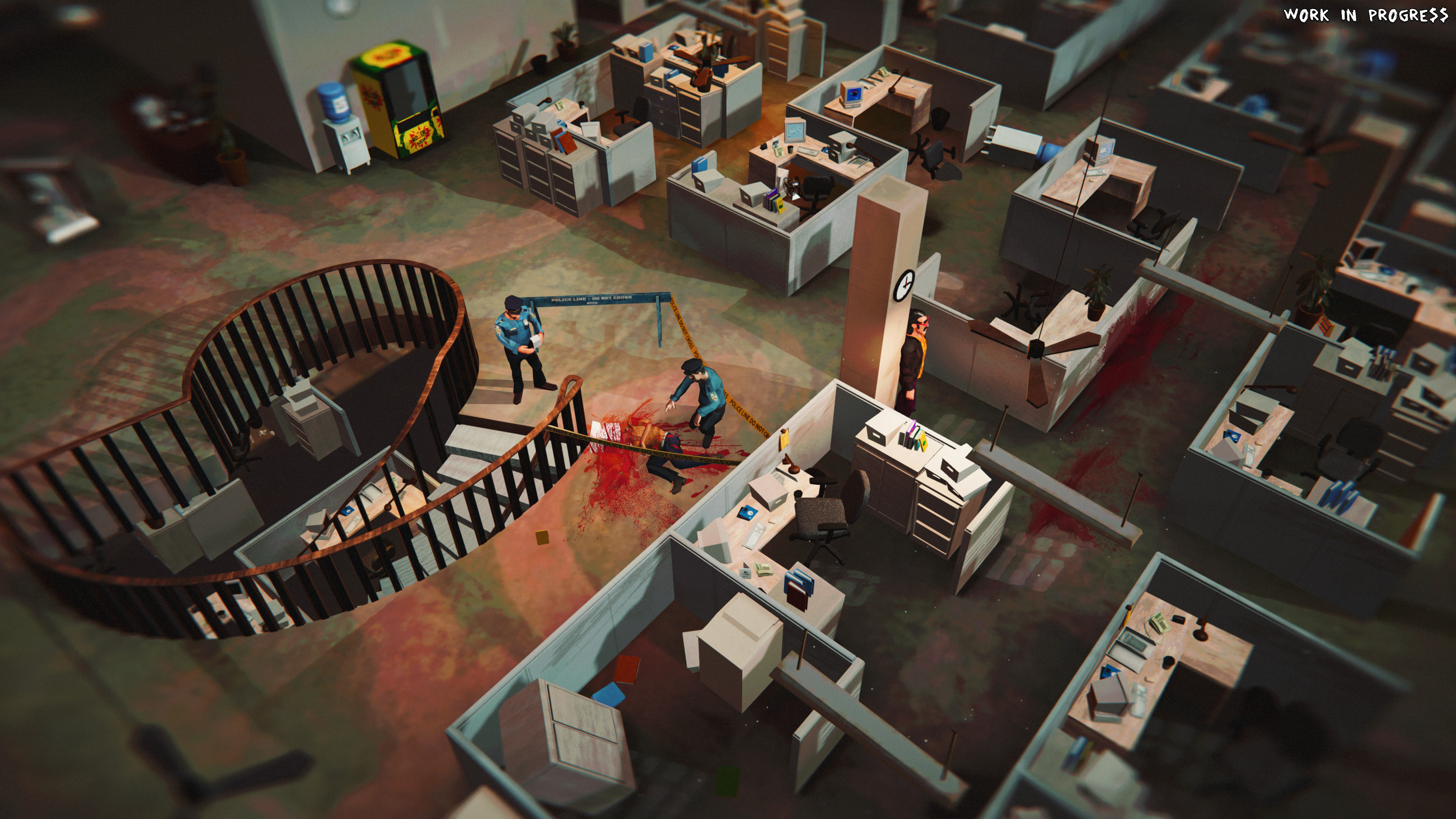 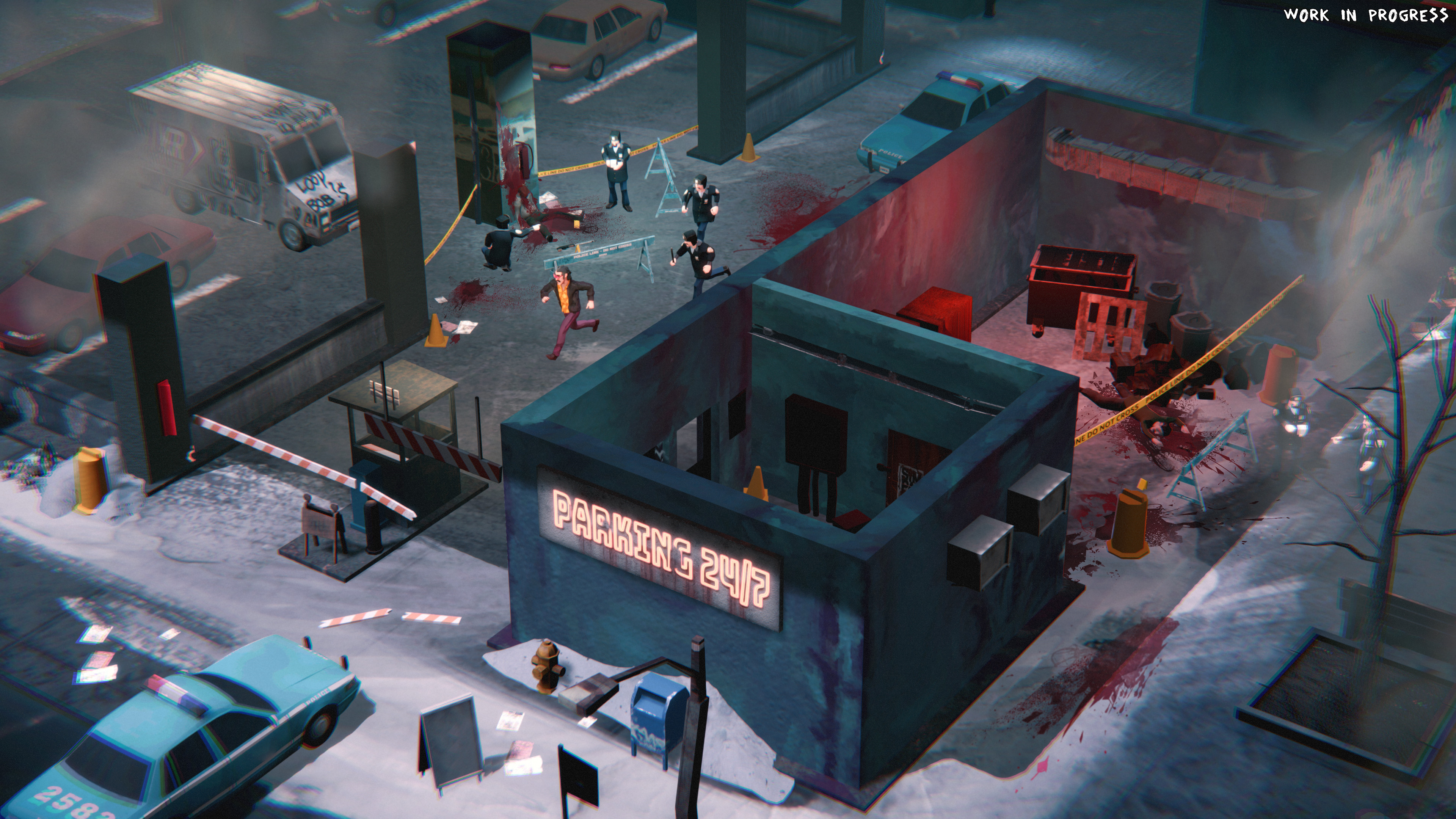 We are afraid this developer has not upgraded their presskit() to use distribute(). For security purposes, this form has been disabled.

Draw Distance allows for the contents of Serial Cleaners to be published through video broadcasting services for any commercial or non-commercial purposes. Monetization of videos created containing assets from Serial Cleaners is legally & explicitly allowed by Draw Distance. This permission can be found in writing at http://presskit.drawdistance.dev/sheet.php?p=serial_cleaners.